As a part of the Culpeper Air Festival, around 30 World War II-era war planes flew over the Potomac River and Washington landmarks.   The flight, honoring disabled veterans, took off from Culpeper Regional Airport and made its way up the Potomac, passing over the Pentagon and Arlington National Cemetery.  The planes, North American T-6 Texans, were first built in the 1930s and became popular training aircrafts for the US military during the ’50s and ’60s. 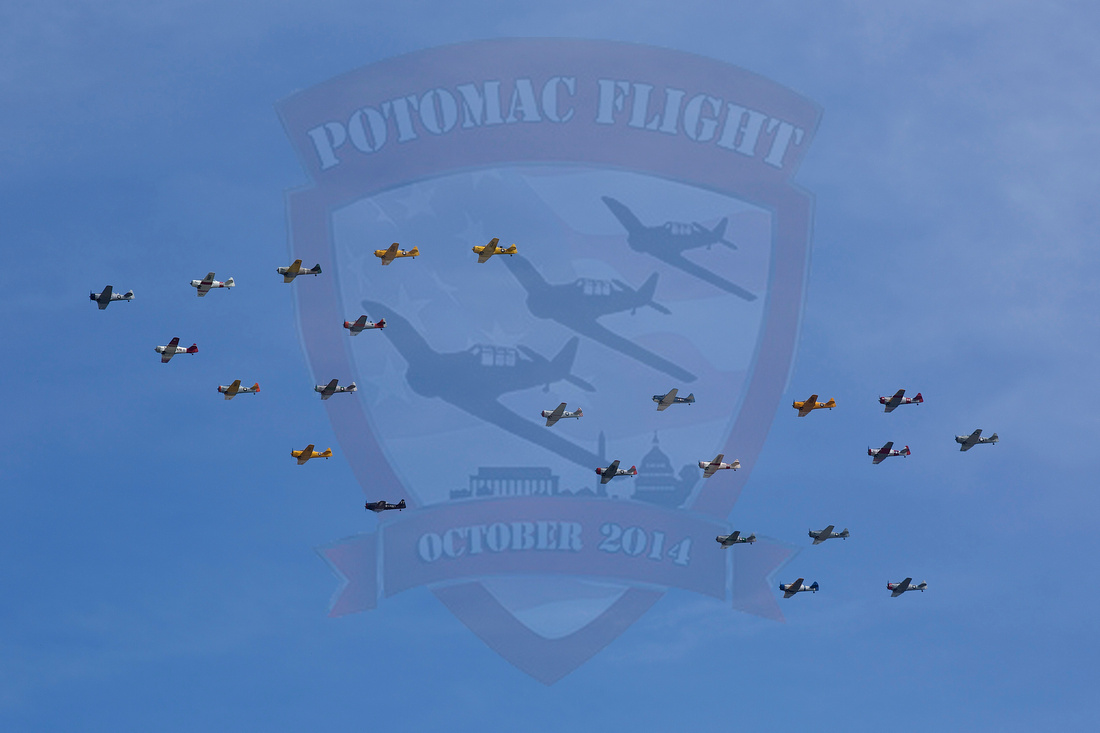